It’s First Kiss Friday and not only do I have an excerpt for you but I’ve also got two sales! Below I’ll post the links to get To Love A Scottish Laird: De Wolfe Pack Connected World for #FREE. But Hurry… this sale only goes on through November 26th. And because this prequel is free, I’ve put If My Heart Could See You up for sale, too! Links will be at the end of this post. I’ll also add a place where I can be found on Facebook for the next week. Games… giveaways… you know the drill!

Enjoy this first kiss scene between Amiria & Dristan. If you recall, she’s been ill and Dristan is attempting to cool her fever. Get out your fans… you’re going to need it!

No sense in putting off the inevitable, he thought and gave a silent prayer that God would forgive him for his deed. He stripped off his clothing and left them neatly folded on a stool by the hearth. With a heavy sigh, he looked down upon his chest and saw the four strips of tender flesh where Amiria’s nails had raked him the last time he plunged her into the tub whilst she fought him like the very devil.

He went to the bed and gazed down upon his beautiful lady. He could think of her as nothing else for she would in truth become his wife once she was well again. ’Twas whilst he stared at her that he began to notice the slight beginnings of a smile playing upon her lips, and he pondered what she dreamed of. She began to stir most alluringly and whispered his name as provocatively and sweetly as any lover could.

He pulled the coverings from Amiria and lifted her into his arms. She molded her body closer to his own and his heart began to beat a little faster. Dristan was caught off guard, feeling her silky limbs wrapping themselves around his neck. The warmth of her lips began to nuzzle his neck and she gave a sigh of contentment as his arms held her tighter.

“You came for me… I knew you would,” she purred into his ear in a soft confident whisper.

“Aye, so it appears,” he said as a tingle went through him with the feel of her breath in his ear. Carrying her to the tub placed by the fire, he slowly swung his legs over its rim to feel the water at his knees. “Brace yourself, Amiria.” She held him tighter as he began to sink down into their bath. Water sloshed over the sides onto the floor the lower he brought them.

“’Tis too cold,” she said groggily with a shiver, trying to get closer to the very heart of him.

“’Tis for the best, my lady, and will make you well again.”

“I do not like it,” she said with a pout and proceeded to turn in his arms.

Afore Dristan could cease her motion, Amiria lifted slightly away from him, moving both legs to either side of his own, and promptly sat down upon his upper thighs with a wiggle of her bare bottom. This certainly was not what he had intended whilst he watched in fascination her fixed glassy eyes take in his face. Her tongue moistened her lips. Smiling, she stole a quick fleeting kiss.

“Warm me,” she demanded, molding herself to his chest and lowering her lips to receive another of his kisses as if she had done so a dozen times afore.

A part of him sprang to life against his better judgment and yet he could not for the life of him cease the intoxicating kiss she gave him. He breathed life into her as their tongues intertwined in a dance known to lovers for centuries. For just a moment longer would he indulge in what she offered, for he knew she would not remember what she did once she was herself again.

He cupped her head, bringing her closer and deepened their kiss. His fingers tangled themselves in the length of her hair ’til he could stand no more. His hands lowered themselves down her back in a gentle caress. She sighed in pleasure and Dristan heard the throaty moan that escaped her. He would have smiled through their kiss if ’twere possible for he had the notion he had awakened a temptress that would forever belong only to him.

She pulled away from his lips with a shake of her glorious red mane and gave a satisfying laugh. Her eyes widened in bewilderment from the hardness of him against her naked flesh. “I have roused my dragon, I see,” she smirked knowingly.

“That you have my dear, but you must yield the day for I would not have you hate me come the morrow. I am, after all, just a man with a man’s desires.”

“You want me then as I want you?” she inquired shyly with a blush to her face.

Dristan gave a brief laugh and caressed her cheek as she leaned into the palm of his hand. “Aye, my lady, more than I should but we cannot continue this.”

“Who are you to say we cannot?”

“I am your liege lord, Amiria. When we come together I would have you more yourself that you remember our first time together as husband and wife.”

Her brows puckered into a frown as she pondered his words. “Are we not wed?” she whispered in puzzlement. Afore he could answer, she continued onward with a brazen look upon her features. “It matters not,” she declared possessively, “for you belong to me!”

Dristan watched his lady as she for the first time hesitantly reach out and began running her fingers over his wet furred chest. Making small circles, she watched him through lowered lids and he shivered at her touch. He sat back amused at her expression since he could tell she was enjoying the feel of his skin beneath her fingertips. Her hushed words confirmed his suspicions.

“I somehow thought a dragon such as you would be smooth to the touch and not covered with so much hair. I believe I like it better this way…” she declared, with a promise reaching her eyes.

If My Heart Could See You
The MacLaren’s: A Medieval Romance
On Sale for $0.99!

When you’re enemies, does love have a fighting chance?

For Amiria of Berwyck, defeat does not come easily as she watches her home and clan being ripped asunder. When the very enemy who has laid siege to her home demands her fealty, she will do whatever it takes to protect her people including a hastily concocted ruse that quickly begins to unravel. All too soon, she starts to question whether she can forgive herself for betraying those she has sworn to protect.

Dristan of Blackmore, champion knight of King Henry II, has a reputation to uphold as the Devil’s Dragon. After his invading army conquers Berwyck castle, he sets out to manage the newly claimed estate by training its knight in the art of proper defense. At first, everything appears as it should be, or is it? Betrayed by those he believed he could trust, he must first set aside his anger before he can make room in his heart for love.

Together they are tied by an unspoken bond. As they begin to rebuild the land and unite their people, forces beyond their control attempt to tear apart their fragile truce and only time will tell if love will forever bring them together.

If My Heart Could See You is also now available as an Audiobook. Come listen to how Marian Hussey has made my novel come to life!
Narrated by Marian Hussey 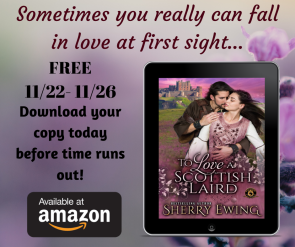 Sometimes you really can fall in love at first sight…

Lady Catherine de Wolfe knows she must find a husband before her brother chooses one for her, but none of the knights and lords she knows have caught her eye. A tournament to celebrate the wedding of the Duke of Normandy might be her answer. She does not expect to fall for a man after just one touch.

Laird Douglas MacLaren of Berwyck is invited to the tournament by the Duke of Normandy. He goes to ensure Berwyck’s safety once Henry takes the throne. He does not expect to become entranced by a woman who bumps into him.

Before they can express their feelings, the Duke orders them wed to strengthen ties between his English supporters and the borderland, and then separates them by commanding Douglas’s escort to his home.

Yet, nothing is ever quite that simple. Not everyone is happy with the union of this English lady and a Scottish laird. From the shores of France, to Berwyck Castle on the border between their countries, Douglas and Catherine must find their way to protect their newfound love.

I’m hosting Kathryn Le Veque’s Historical Romance Book Club through Friday, November 25th where I’ll end my week with a live video chat. I’d love for you to come join in on the fun, games, and of course lots of giveaways. You can join in on the fun here at https://www.facebook.com/groups/1322165637957843/