Welcome to another First Kiss Friday with my guest Caroline Warfield. Roses in Picardy, Caroline’s contribution to the Bluestocking Belles’ anthology Never Too Late, includes this lovely kiss. Happy reading and enjoy!

She relaxed, her joy unfolding like a flower in front of him, and his heart opened wide to let her in. They sat in perfect contentment, listening to the little boy’s chatter.

Harry reached over a while later and touched the Bible. “You were reading?” he asked.

“In English? No. We look at pictures, and I tell him the stories.”

“My grandmother insisted I bring it. I’m glad she did.”

Memories of another kitchen, a bigger one with a overflowing larder and the smell of cinnamon and nutmeg emanating from the oven, filled him. The farm in Saskatchewan had always been a place of safety and peace to him, far from his father’s house in Calgary where there were rules to keep and standards to be measured by.

I’ll take Rosemarie and Marcel there some day. Grandma will like that. The thought came unbidden, but it lodged itself deep within him. He shook his head to clear it.

“Shall we tell stories?” he asked.

Rosemarie pulled Marcel into her lap and pointed to a picture of angels. She began to tell the story of the shepherds, and Harry realized he had interrupted it with his arrival. Her soft voice burrowed deep in his soul, places that hadn’t been reached in many years.

Marcel fell asleep to the sound of his mother’s voice, as boys inevitably do.

Harry pulled the Bible over. Most of the pages were warped from water damage, and some were stained from the mud, but it felt familiar all the same. It never failed to fill him with thoughts of home. I will take them there.

Foolish that. You don’t know what tomorrow will bring, or when this war will end.

Rosemarie came down shortly, looking as flustered as she had when she found him at her door. “He’s asleep,” she said as if he didn’t know it.

“Rosemarie, may I stay tonight?” His gaze never left hers.

She put up both hands as if to defend herself and blushed. 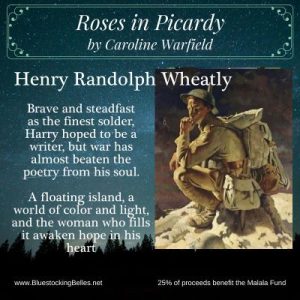 Before she could speak, he rushed on. “I mean no disrespect. I will sleep on the floor by the stove. Soldiers are used to sleeping rough.”

Her body relaxed, and she blinked.

He continued, “I rented my own boat this time. I can leave, but it’s dark, and I—” He sighed. “I really want to spend Christmas here.”

She stepped closer then. “I want it, too,” she whispered.

Her face was inches from his. She reached up a hand to push back his hair. He leaned in to smell her scent, all roses and woman.

Before he could close the distance for a kiss, she put a hand on his chest. “You will sleep on the floor. By the stove,” she said tartly, one brow raised.

He took her mouth gently. At her eager response, passion flared, and his kiss deepened before moving to her neck and the warm spot under her ear. The sound of her moan almost undid him.

An urge to ask her to marry him almost drove him to foolish declarations. Not now. Not yet. But someday. When all this is over, I will take her home. Let tomorrow bring what it brings.

For now, this kiss would have to be enough. He lifted her, carried her to her rocker, enfolding her in his arms, and began to kiss her in earnest.

After two years at the mercy of the Canadian Expeditionary force and the German war machine, Harry is out of metaphors for death, synonyms for brown, and images of darkness. When he encounters color among the floating islands of Amiens and life in the form a widow and her little son, hope ensnares him.

Rosemarie Legrand’s husband left her a tiny son, no money, and a savaged reputation when he died. She struggles to simply feed the boy and has little to offer a lonely sold

Eight authors and eight different takes on four dramatic elements selected by our readers—an older heroine, a wise man, a Bible, and a compromising situation that isn’t.

Set in a variety of locations around the world over eight centuries, welcome to the romance of the Bluestocking Belles’ 2017 Holiday Anthology.

For more information and buy links to a variety of retailers, click here. 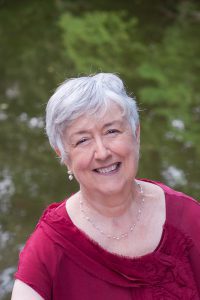 Traveler, would-be adventurer, former tech writer and library technology professional, Caroline Warfield has now retired to the urban wilds of Eastern Pennsylvania, and divides her time between writing and seeking adventures with her grandbuddy and the prince among men she married. Her new series sends the children of the heroes of her earlier books to seek their own happiness in the far-flung corners of the British Empire.

Find Caroline on the Web: