Today on First Kiss Friday, it’s my pleasure to welcome back author Jude Knight. You’re getting a first glimpse of her soon to be released novel, Revealed in Mist. Happy reading and enjoy!

This excerpt is from Revealed in Mist, which is released on 13 December. Prue has been wrongly accused of murder, and imprisoned.

According to the little clock Gren had supplied, it was late: nearly midnight. Anxiety, never far below the surface in this wretched place, uncoiled and stretched. What could they want at this hour?

It was not a turnkey, although one stood in the hall, and shut and locked the door behind her visitor.

“Prue? I know it’s late, but I wanted to see… I thought you might wish to hear what I’ve discovered.” David stood just inside the door, his hat in his hand, his eyes searching her, as if to confirm she was still whole.

She smiled her welcome, and held out both hands to him. He was across the room in an instant and on one knee at her feet, his hat tossed onto the bed, so he could take her hands in his.

“You are well? Gren said they’d put you in the common ward before he could get here. You took no hurt?”

Foolish tears. They welled again, and she fought them down.

“Prue?” He lifted one hand to gently stroke the side of her face, his own eyes suddenly unguarded. She responded to the concern and, yes, the yearning, leaning towards him as he moved to meet her lips with his own.

She had come home. Except for that one night five months ago, Prue had been a stranger all her life, an outsider living hidden in the margins, but here in David’s arms she was known: she belonged.

For a long moment, she let herself revel in the feeling, but it wasn’t true. She had no home. She had to remember that if David knew all, he would reject her. But—as he shifted himself closer to her chair to deepen the kiss—at least she had been wrong about his indifference to her. This close to him, she couldn’t doubt he wanted her physically.

He was the first to draw back.

“Prue.” Just her name, but with a wealth of longing in it.

Her defences down, she spoke what she thought, “Not just friends, David,” and was rewarded by the flare in his eyes.

“Friends… and lovers too?” His voice was tentative, as if he expected to be rebuffed.

She reached for him, answering his question with a kiss.

Their pasts could bring them together or separate them forever

Prue’s job is to uncover secrets, but she hides a few of her own. When she is framed for murder and cast into Newgate, her one-time lover comes to her rescue. Will revealing what she knows help in their hunt for blackmailers, traitors, and murderers? Or threaten all she holds dear?

Enquiry agent David solves problems for the ton, but will never be one of them. When his latest case includes his legitimate half-brothers as well as the woman who left him months ago, he finds the past and the circumstances of his birth difficult to ignore. Danger to Prue makes it impossible.

David and Prudence continue their story in Concealed in Shadow. When Prue disappears, David goes after her. But finding her again may mean choosing between his country and his woman.

Smashwords |  iBooks  |  Barnes and Noble  |  Follow me on Amazon 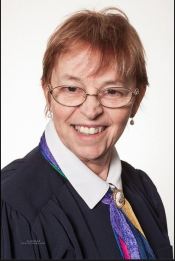